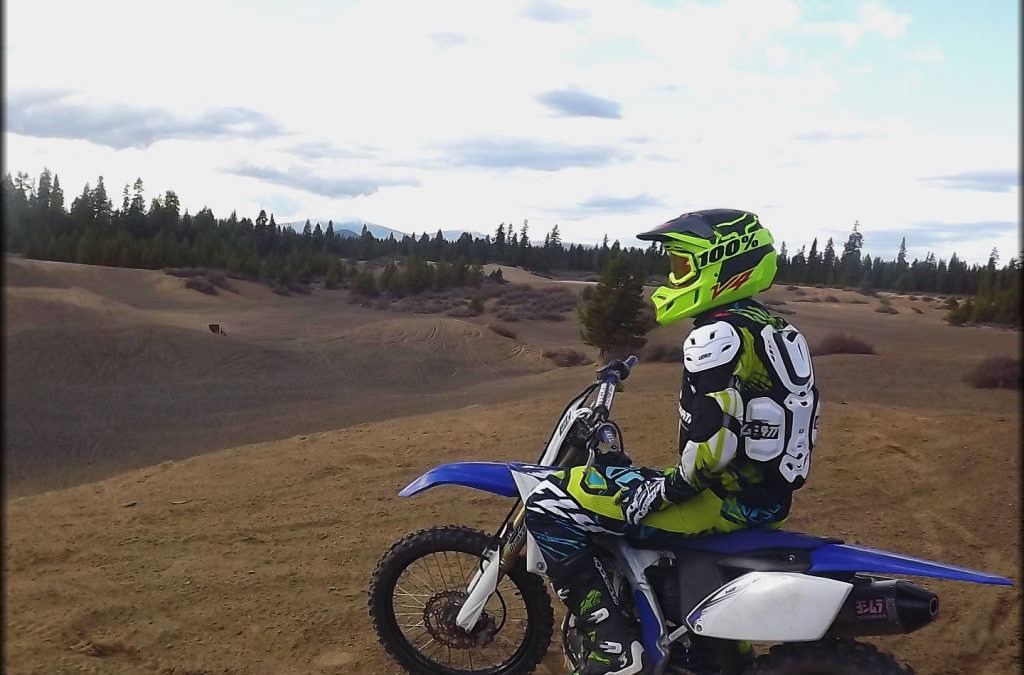 Rosland, located just northeast of LaPine, OR is used as an OHV play area. Large mounds and open spaces in the advanced pit allow for jumping and motocross type riding. A smaller beginners area also has mounds, open space, and a learners loop trail in the trees. The site also has 3.5 miles of trails. The area is designed for motorcycle and ATV use.

The site was a borrow pit for ODOT and it had been used for OHV, shooting, and jumping for probably 20 years. It was a total mess. The area had no roads, trails, or parking areas. People just parked in the pit, so there were vehicles and people all over some shooting. There had been a series of accidents, but in the mid-’90s, a spectator was killed by walking in front of two bikes that were racing.

This incident caused the Bureau of Land Management (BLM) to close the site for a couple of years. OHV users formed a club and pushed to open it back up. BLM completed an EA and the club and BLM did several work parties to clean up the trash. Many truck loads of junk were removed from there. Around 1997 or 1998, COHVOPS received an ATV grant to construct the roads, trails, and parking areas and followed that with an RTP grant for the toilet. The club volunteered their time to put in all of the fencing and finished the project in 1999.

Rosland is now managed as part of the COHVOPS program. State Parks is working to get the site designated as an approved ASI Safety Training Site. Maps are available on-site or from the BLM.